Most everyone loves a good prank! That’s why we’ve decided to pay tribute to some of our best pranksters and their good spirited victims. 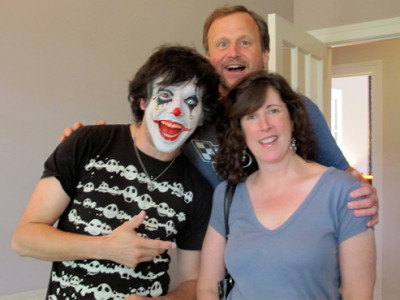 The Bearwalds Meet Sean
When your good friends come to town, you want to make them feel welcome, and also scare the bejesus out of them. So when our dear friend Liz Bearwald (who happens to be scared of clowns) and her husband Mike came to town, we made all the necessary arrangements. Danny asked editor Sean (who also happens to be an excellent horror flick make-up artist), to come to work in clown makeup. Then while receiving a tour of the office, Danny ushered them into Sean’s office. Timing it perfectly, Sean kept his back turned until they entered, and then quickly spun his chair around to greet them with his scary face. And yes. There were gasps (mostly from Mike). 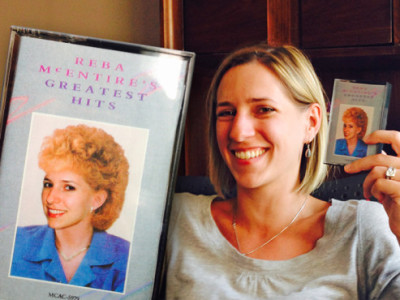 Reba
When a 20-something employee asks you if you know that song “Fancy’” and you say, “duh, Reba McEntire!” you lose some major cool points. Your automated voicemail will start answering as “Reba.” (Thanks Amber). Then you’ll start receiving “Reba’s Greatest Hits” cassette tapes dating back to the 80’s. The mockery doesn’t stop there, though. When you’re least expecting it, you’ll notice that the Reba cassette tape sitting on your desk no longer has a picture of Reba, but a photo of you as Reba instead! Well played Ryan. Well played.

Leaf Art
To the typical person, left over props would be left over props. But not at Red Arrow. On more than one occasion, our office mates have found creative uses for what others would have merely considered trash. Take these left over rose leaves for example. Throughout the past year, these remnants from a shoot made their way into the most unlikely places as Laura, Valen, and Colby took turns decorating each others offices, over and over and over again. 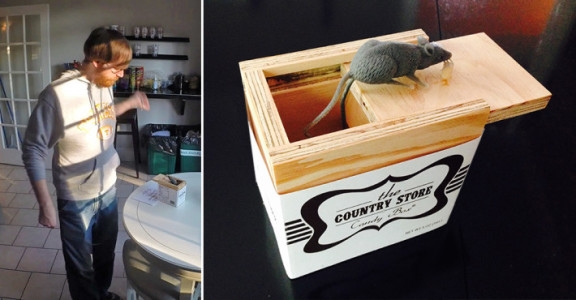 Country Store Candy Box
Cookies, candy, cakes– we love it all! That’s why you can set out an unusual looking box of candy and people will take the bait.

The Sweetest Prank Ever 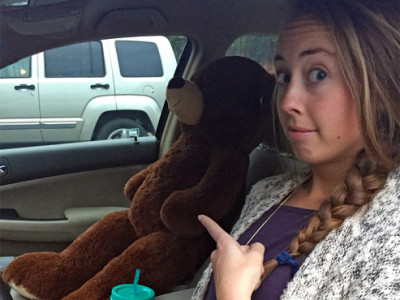 As it turns out, not everyone we work with is an evil genius. Take Lindsey for example. During a conversation with some co-workers, she mentioned that the only funny prank she could think of would be if she got in her car one day and found a giant bear in the passenger seat. Just the thought of it made her burst out in laughter. So months later, for her birthday in January, Taylor put together an office pool to purchase a giant bear (we now know him as “Bruce”) and execute the prank.

Giant, D-List Celebrity Wall Art
The most important thing to remember when working at Red Arrow is that whether you leave for a day or a week, your space will be tampered with. On more than one occasion, Jessica has fallen victim to this vacation situation, where upon her return she finds something amiss…like this giant poster featuring her favorite D-List celebrities. It took four people to pull it off, including Amber and Valen, who procured the masterpiece, and Ryan and Danny, who took it upon themselves to hang it in Jessica’s office. 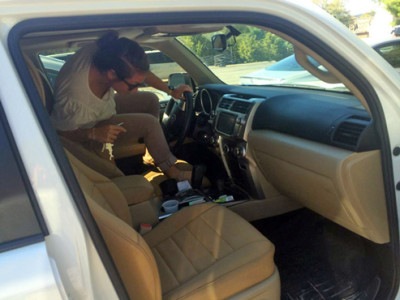 Tight Spots
Be careful where you park. Not to name names, but some of our employees (Valen and Laura) have this ongoing parking lot battle. If you leave your car unattended (like you do) one of them will park as close as they can to the driver’s side door (we’re talking inches away) so that the other is forced to climb through the passenger seat when they leave at the end of the day. Real mature, guys!

Squirt Gun Fail
Kelsey and Valen share an office, and Jessica always parks directly in front of their office window. So one day Kelsey and Valen decide to buy water guns and plan a stake out. They open their office windows, fill up their water guns, and patiently wait for Jessica to return from lunch. However, upon pulling in to the parking lot, Jessica immediately senses something is up. She eyes Valen and Kelsey, and carefully exits her car. Kelsey and Valen realize this is the moment they’ve been waiting for, they aim, shoot, and quickly realize their cheap super soaks don’t have nearly enough power to reach her. 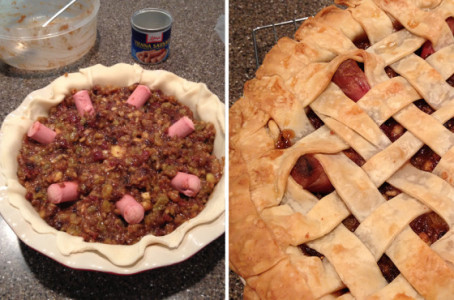 Vienna Sausage Pie
Every one loves a home made pie! That’s why we made this delicious mince-meat delicacy and added our own special touch– Vienna Sausages! You can just see them peeking out of the crust. And yes, this may very well be the meanest prank we’ve every pulled off.