For a recent project we needed a timelapse of a weed dying to illustrate how a particular weed control product performed its duties.   Our shoot was in San Diego, CA–2,200 miles from our office.  We kicked around several ideas of how to get the shot, but on the day before we flew out for the shoot, we decided that our best bet was to use a GoPro Hero 2.

Having never used a GoPro, I knew I only had a few short hours to buy one and get up to speed with it.  I ran out to our local electronics store and bought the only one they had in stock. I rushed back to the office and jumped into figuring out the settings as fast as I could.  After playing around for 15-20 minutes, I decided on shooting 1 frame every 60 seconds using the GoPro’s 8MP setting.  The test shots worked fine, and we were off to San Diego.

In San Diego we set up a couple different weeds, sprayed them with the product, and started the camera.  While that weed died we proceeded with the rest of the shoot. The GoPro did a great job on most accounts, but where it failed was in its battery life.  Starting with a fully charged battery it would only shoot for about 2.5 hours before running down.  Unfortunately, it took about 9 hours for the weed to die.

Here’s one of our initial takes.

It turned out decent, but we had really hoped to capture more of the weed dying. I was also distracted by the wind blowing the leaves and dirt.

When we got back to the office I realized that we not only needed to re-shoot this, but we needed to do so in a controlled environment. One where the sun wouldn’t move, where the wind wouldn’t blow and, best of all, one where we could power the camera so the battery wouldn’t run down.

So after two days of searching my lawn I found the perfect weed.  In my garage I built a small “set” complete with bricks and house siding.  A simple over head light completed the set up. 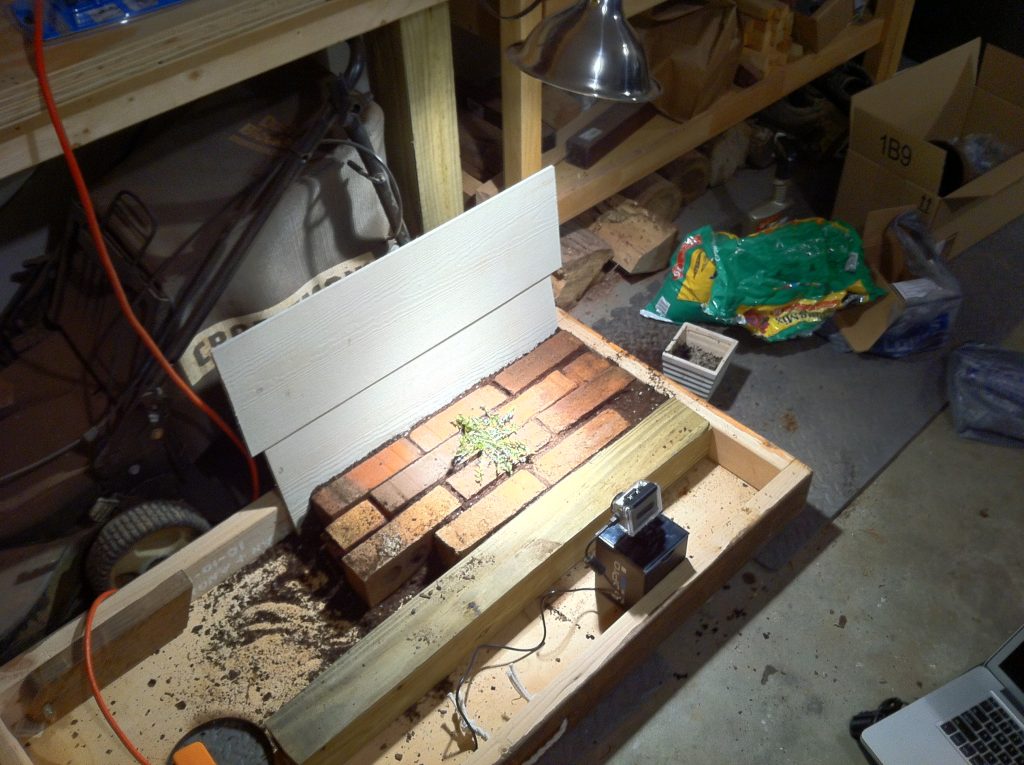 I drilled a hole in the side of the GoPro’s waterproof case to allow me to plug the mini-usb power cable in. 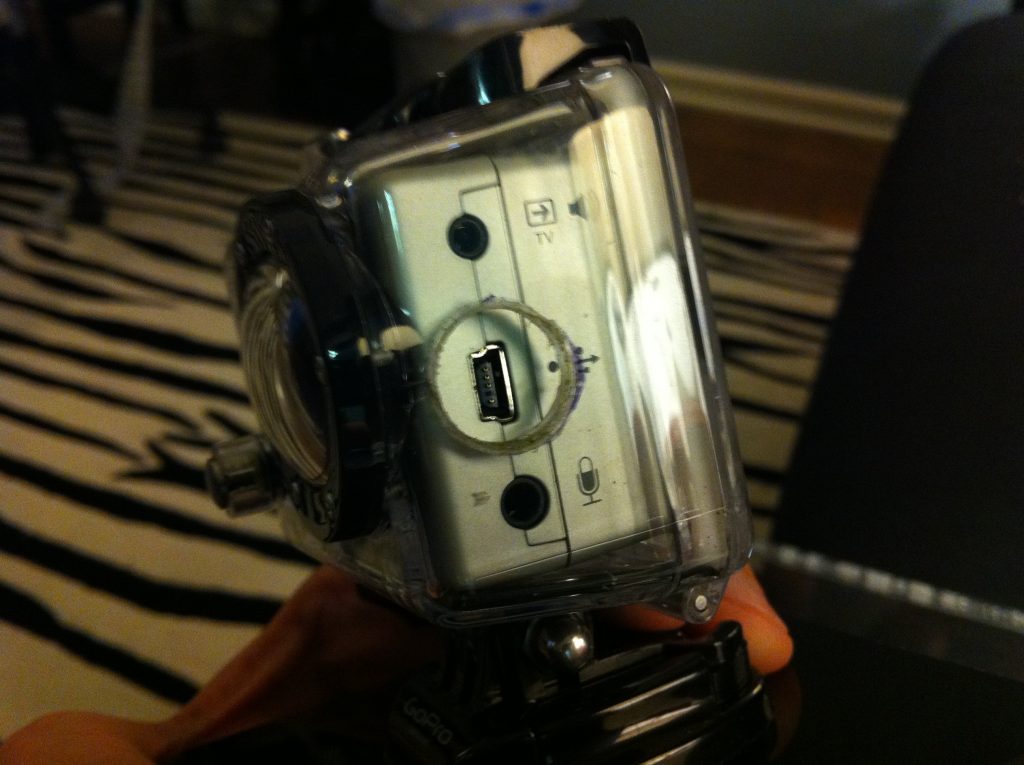 With this configuration I was able to shoot from 8pm to 5am, capturing the complete effects of the weed control product.

Ran at 60fps, the weed dying timelapse looks like this.

I sped it up even more to use it in our edit, compressing the 9 hour timelapse into just under 6 seconds.

In the end it was a great learning experience, not only with the GoPro 2 Hero, but also with the idea that you don’t always have to shoot every shot on location.