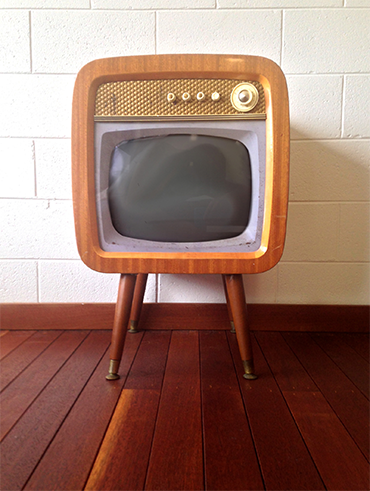 Forget the TV guide, if you’re looking for the newest, bestest, and down right weirdest unscripted television shows coming to that big black box in your living room, we’ve got you covered!  Here’s a preview of what’s trending in your October TV lineup.

Celebrated worldwide as the “Magician of the Century,” renowned illusionist Criss Angel dares to transcend boundaries once again. With more than 30 illusions, “Criss Angel Trick’d Up” gives an uncensored and fast-paced look at Criss as he astounds audiences with revolutionary demonstrations. Premieres October 12.

Animal Planet
Life at Vet U

Animal Planet takes viewers behind the scenes of the University of Pennsylvania School of Veterinary Medicine (Penn Vet) as six students embark on a journey to graduation – the culmination of four intense, but rewarding, years of never-ending studying, round-the-clock rotations and unpredictable cases. Series has six episodes in total. Premieres October 1. Preview here.

Chronicles the life of America’s favorite honorary Black comedian Gary Owen and his hilariously offbeat multiracial family. This is BET’s first white lead in the network’s history. The series’ tagline is “Half Black. Half White. Half Hour.” Premieres October 11. Preview here.

Bravo
Yours, Mine or Ours

Each week, Reza Farahan and Taylor Spellman will help a new couple decide if they should renovate one of their current places to satisfy their partner’s needs and finally be under one roof, or if they should combine their budgets to buy a new home. Premieres October 3. Preview here.

This eight-episode series follows Kevin Hart as he travels to different cities to explore the local comedy scenes while introducing some of the newest voices in comedy today. Premieres October 2. Preview here.

The eight-episode, hour-long series will document the extravagant lifestyles and real-life drama that comes with being a wife or girlfriend of a professional athlete. Premieres October 2. Preview here.

Exposes the Raw and real lives of WWE(R) Superstars Nikki and Brie Bella when “Total Bellas,” spin-off of E!’s mega-hit series “Total Divas.” The six, one-hour episodes will give viewers an exclusive, intimate look into the VIP lives of the Bellas and their fellas, John Cena and Daniel Bryan, as the four distinctly unique and comical personalities coexist under one roof for the first time. Premieres October 5.

NFL superstar tight end Travis Kelce is trying a whole new offense when it comes to the game of love! Fifty eligible women, including former WAGS (wives and girlfriends of sports stars), sports royalty, social media stars, entrepreneurs, hometown sweethearts and fitness models from across the United States, will be invited to Los Angeles as this fun-loving athlete searches for that special someone to become his lifelong “teammate.” Premieres October 5. Preview here.

Duff Goldman and Lorraine Pascale have drafted twelve of the most disastrous bakers in the country for a grueling baking boot camp on Food Network’s Worst Bakers in America. Premieres October 2.

Freeform
Ben & Lauren: Happily Ever After?

Featuring Ben Higgins and his fiancée Lauren Bushnell from season 20 of “The Bachelor.” This new reality series will follow the happy couple as they prepare to walk down the aisle and begin their brand-new life together while navigating the real world after the splendor of “The Bachelor’s exotic dates and fantasy suites has ended. Premieres October 11. Preview here.

A new relationship show that asks the simple question: “If you could anonymously tell your best friend in a letter the things that he or she really needed to hear, would you do it?” In each stand-alone episode, four friends for life draw names and anonymously write to the selected person a thoughtful, yet totally honest letter outlining their opinion of what needs to be changed in order to improve and transform their friend’s life for the better. Premieres October 11. Preview here.

Across America, there are thousands of older homes that look like the perfect dream house on the outside, but are practically unlivable on the inside. In “Downtown Shabby,” renovation and design experts, Frank and Sherry Fontana, will take these homes and renovate, remodel and ultimately revive them into modern masterpieces. Premieres October 15.

Follows the trials and tribulations of aspiring golf equipment designers as they compete for the chance to win $500,000, and the opportunity to have their driver design sold at retail under the Wilson Staff name. Premieres October 4. Preview here.

A special documentary presentation that explore the effects of hyper-gentrification and rising economic disparity in one New York City neighborhood, which can be seen as a microcosm of the socioeconomic imbalances across the country, and the world. The film bears witness to the profound effects of gentrification and stagnant class mobility on young people who share a West Chelsea community — yet live in very different worlds — as they try to navigate this rapidly changing landscape. Premieres October 3. Preview here.

Brent Hull is a man on a mission to “quit building crap and build more beautiful things.” Along with his faithful dog Romeo, Brent and his team are saving America’s architectural history one project at time. Premieres Monday, October 3 at 10/9c. Learn more.

Investigation Discovery (ID)
Southwest of Salem: The Story of the San Antonio Four

After being wrongfully convicted of gang-raping two little girls during the Satanic Panic witch-hunt era of the ’80s and ’90s, four Latina lesbians fight against mythology, homophobia and prosecutorial fervor in their struggle for exoneration. Special presentation film premieres October 15. Preview here.

The Almost Impossible game show is a hilarious half-hour game show where contestants complete physical challenges ranging from absurd to outlandish over and over again to beat the game and win cash prizes. Riding tiny bikes over a mud pit, putting on oversized pants while running full-speed on a giant treadmill and grating a heaping block of cheese onto a plate of nachos by using a grater attached to their derrières are just a few of the outrageous challenges the contestants will face. Premieres October 13. Preview here.

An outrageous comedy series in which the most irreverent established and up-and-coming comedians of today have their best stand-up routines acted out. We’ll see hilarious reenactments of the best bits, bringing new life to your favorite moments from stand up history. Premieres October 13. Preview here.

Featuring the stories behind the Air Zermatt team who risk their lives to save others on the cliff of the Matterhorn. Premieres globally October 17. Produced by Original Media, the six-part original docu-series is shot through the first responders’ eyes.

Follow the journey of basketball prodigy Ben Simmons who was selected first overall in the 2016 NBA Draft by the Philadelphia 76ers. ONE & DONE takes viewers from Simmons’ Australian upbringing, to high school and college in America, to the top of the rookie class in the world’s foremost basketball league. Premieres October 21. Preview here.

Winner of the U.S. Grand Jury Prize at the 2016 Sundance Film Festival, this film offers unrestricted access into the life of former congressman Anthony Weiner and his family as they take on the 2013 New York City mayoral race in the face of an on-going high-profile scandal. Premieres October 22. Preview here.

A hilarious new game show where parents and their adult children compete to win a large cash prize while learning some of the most ridiculously shocking truths about their next of kin. Premieres October 12 after Lip Sync Battle. Preview here.

Shot in Atlanta, each episode follows three young African-American pageant contestants and their mothers as they prepare to compete in the intense world of pageantry. Premieres October 5. Preview here.

Eight half-hour episodes follow Anthony Melchiorri as he explores and reveals the secrets of famous five-star properties around the world. Premieres October 3.

A special six-part event exploring the real-life experiences and adventures of Evans and his skilled crew of Sherpas and helicopter pilots reveal another side of the iconic mountain. Each hour-long episode of “Everest Air” also provides a rare glimpse into the exhilarating encounters and unrivaled majesty that compel climbers to take on the world’s highest peak. Premieres October 26.

Jon Glaser (Parks and Recreation) sets out to make a docu-series about his greatest passion: gear. Ironically, it’s this very obsession that continually threatens to derail the show, sending each episode spiraling off on deeply personal tangents. Premieres October 25. Preview here.

We TV
My Life is a Telenovela

Set in sun-kissed Miami, the eight episode, one-hour series follows a group of beautiful, talented and hard-working Hispanic actresses and actors working in the hyper-competitive world of Telenovelas, a genre which has continued to entertain audiences all over the world for decades. Premieres October 7. Preview here.

From the executive producers of “Love & Hip Hop,” this 6 episode, one-hour, New York-based docu-series follows a group of gorgeous and ambitious professional women who help each other, use each other-and sometimes throw each other under the bus-in their efforts to get ahead. Premieres October 13. Preview here.